B2B PR: How to make sure newsjacking doesn't bite back 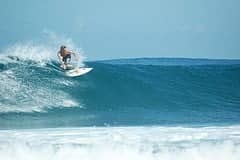 Newsjacking is a term (coined originally by marketer, David Meerman Scott) for what B2B PR professionals have been doing for years: find a current events story to piggyback your organisation onto, allowing you to ride the wave of the news cycle, raising your profile and garnering loads of, ideally, positive attention for your brand.  It doesn’t have to be breaking news – you can ‘plan’ for it sometimes – but you also need to be prepared to identify and react to situations as they happen.

Look around you and there are all kinds of newsjackings that happen all the time.  Here in the UK, Chinese New Year (the Year of the Snake), anything to do with the Royal Family, even Oscar’s night – all are big events that can be planned for to some degree or another.

Social media has been a game changer for newsjacking. It has made all the difference to the speed with which businesses can react to an event, particularly unexpected ones, and to the type and variety of newsjacking ‘events’ an organisation can create.

There were some fantastic newsjacking examples that came out of last month’s Oscars ceremony. Some were pre-planned, some responded to events as they happened.  When done well, with a bit of humour and irreverence, a good 'jack' can work wonders for a brand’s reputation.

But, if it’s not done well or if it’s done without thinking through potential reactions, newsjacking can become a brand’s worst nightmare!  So if you’re faced with a decision: to ‘jack or not to ‘jack?, ask yourself a few questions:

The key to successful newsjacking is relevance.  It is important the news event and context relate well to your brand.  When Hurricane Sandy hit the US east coast, InStyle magazine wrote an article about cosmetics you could use to pamper yourself during the storm.  Makeup’s relevance to a killer storm battering several major cities?  Not so much.  How much more relevant – not to mention more sensitive, more compassionate, more effective – to have written about a plan to donate necessary toiletries for the victims of that storm?

On the other hand, at the same time, a major retailer talked about where to get generators, air mattresses etc. While some may think this was ‘taking advantage’ of a bad situation for profit, I think they were providing valuable information for people in need.

My parents live in Florida and experienced the first days of Hurricane Sandy’s visit to the US. They were grateful for the emails from numerous businesses that they were already customers of (a car dealer, a pool company and a roofer to name a few) that contained advice about how to secure their home or fix a problem caused by the storm. These weren’t misguided attempts to hijack a tragic event. These were experts who were giving valuable information that they needed.

As with many things, it comes down to common sense. Newsjacking is a buzzword, and as David Meerman Scott makes clear in his most recent book, “Newsjacking” , it can be an extremely effective way to use 'news' to your advantage.  But, in your attempt to leverage a news event, be sure what you’re planning is appropriate to the situation and that it won’t be seen as insensitive.  We’ve seen numerous cases, such as Kenneth Cole and American Apparel, where businesses made bad judgements and experienced overwhelming customer disapproval as a result.

3. Do you know the whole story?

A classic example of newsjacking that went badly wrong because the company didn’t take the time to understand the story was UK-based online store CelebBoutique.The PR team saw #Aurora was trending and made a reference to the popularity of their Aurora dress.  They neglected to note that #Aurora was trending because there had just been a mass shooting in a movie theatre in Aurora, Colorado.  CelebBoutique did the best they could to apologise and diffuse the situation. A little time spent sense checking the situation before jumping in would have saved a lot of pain - on all sides.

The thing about the news is that it moves fast. The lifespan of a news story is relatively short. News breaks, journalists start looking for information or a different angle, then it peaks - and then it’s gone.

David Meerman Scott likes to say you need to try to “own the second paragraph”. This means that after the first details (the Who, What, Where, When and Why) of the story, journalists need additional information to fill the rest of the story.  You can use social media and blogs to get yourself in at this stage, giving journalists another angle, a different perspective, or an example of the impact of the story. A B2B example of this being done really well was when Australian Insurers TIO offered to insure President Barack Obama for A$50,000 against a potential crocodile attack, during his visit the country prior to the US elections. Media outlets worldwide leapt on this quirky addition to news of the President's visit down-under, and TIO basked in the attention.

Make sure you’re prepared for such an opportunity to newsjack by ensuring someone on your team is monitoring news and social media feeds. Newsjacking doesn’t work when the news is old!

5. Do you have something interesting to say?

The whole point of newsjacking – and the reason traditional and social media networks will pay attention to you – is when you can offer a unique take on a breaking story.

While newsjacking is a potentialy powerful tactic for raising your brand profile, there is a real danger to doing it badly if it's not well thought through. Keep these five questions in mind to help you keep on the right side of a newsjacking fiasco.

Have you seen any great (or cringing!) examples of B2B newsjacking? We'd love to hear your comments.