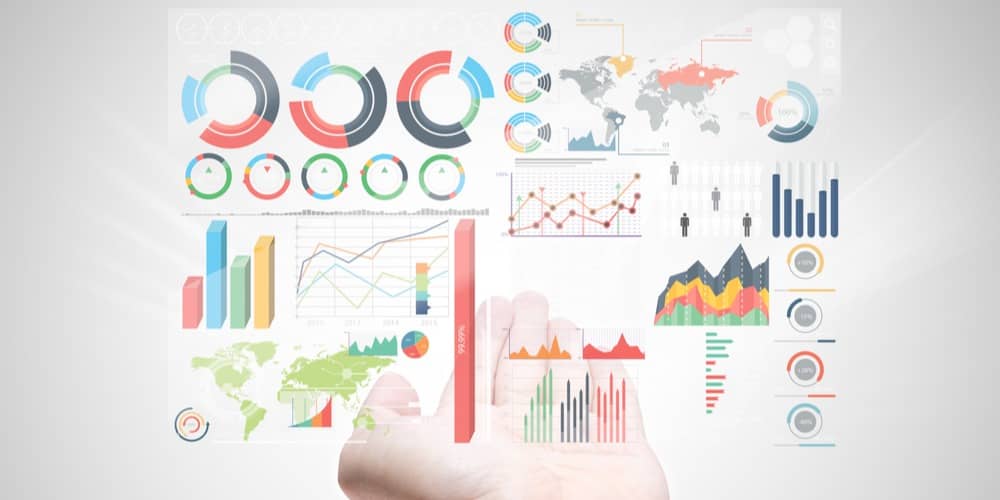 The greatest infographic of all time

Looking at a blog listing of The World’s Best Infographics the other day, I noticed a strange omission.

There was no mention of one of the largest and most ambitious infographics ever created. An infographic intended to convey the entire sum of human knowledge in a single frame.

I’m talking about (and why wouldn’t I be?) the Hereford Mappa Mundi the largest surviving ‘map’ of the medieval world, painted in the 14th Century and finally digitised in 2018.

In its original format, it’s over a metre high and one and a half metres across - painted on vellum (stretched calfskin) in red, gold and green. Standing in front of it is an all-consuming experience; virtual reality, medieval style. Once, it was even interactive. Or, at least, if asked, a monk would point out items of interest with a massive stylus. You can still see those scratch marks today.

Call me old-fashioned, but I think there’s a lot the 14th-century church can teach us about graphic design. After all, their job was to convey complex theological messages to a largely illiterate mass audience as part of an ongoing thousand year, pan-European marketing push. And to do that, they basically invented the infographic.

And that’s what the Mappa is - “a graphic visual representation of data or knowledge” intended to present information with clarity and immediacy.

It’s certainly not a map.  It would never fit in your glove box.

Instead, it is a map of the medieval mind. It shows the extent and limits of human understanding in a dramatic and codified way.   What’s more, all the elements of the classic infographic are there:

So, the map shows Jerusalem as the centre of the universe with the 'creator' above. It instructs the viewer where to look for salvation in the medieval world and demonstrates the earthly balance between the knowable and the unknowable.

It also tells us that, ‘The Lynx sees through walls and urinates a black stone’which, admittedly, is a more difficult detail to interpret.

The point is, the infographic is nothing new. And it’s not a concept restricted to the digital age. Creative people have always used word, image and ideas together in arresting ways to entertain, educate and persuade. And we can look backwards as well as and forwards for inspiration.

There’s a direct line of descent from the cave painters of Neolithic France to the medieval craftsmen of Hereford and the creative, digital agencies of the 21st century.

Now, I’m not saying creating a ‘Grand Taxonomy of Rap Names’  is the same as summarising an entire epistemological schema in a single chart, but it drinks from the same creative well.

All hail the creatives

So all hail the creatives, who since the dawn of time, have been bringing complex ideas to life in unexpected ways, with dazzling visual clarity.

On line or on vellum human thought and creativity knows no bounds. If we can imagine it, someone can represent it. Whether you’re a monk or a marketer, that’s an amazing gift