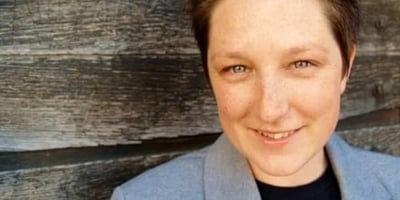 Editor's note: This blog post was originally published in June 2014.

A few years back, I spoke to Anna Lawlor, who at the time was the writer and director of Social i Media, who offered some fascinating insights into why writing and thinking like a journalist can give content creators a real edge. Anna is now co-founder and Head of Content & PR at Luminescence Communications Ltd, a company specialising in creating high quality communications for professional services.

What Anna had to say back in 2014 still rings true today, and she offers some interesting thoughts on how content marketers should be thinking like journalists.

So, Anna, what made you leave the world of journalism?

Well, I wouldn’t say that I have left; I still write journalistic content, but I also call myself a content creator, because I produce content marketing for corporations like Barclays and the Economist Intelligence Unit.

We talk nowadays about every company having to be their own publisher or broadcaster, and I’m very much of that mind-set. I suppose I'm straddling both spheres - I’m still a journalist but I’m also working on social media and content marketing.

We were having a discussion on Twitter the other day about the term ‘content marketing’ and whether there is a better one out there. Because it just seems to be a fairly benign term, it puts us in a third class citizen position in the world of media and marketing. Do you have any thoughts on that?

I don’t know that there’s a better term; before content marketing, we had ‘brand journalism,’ I think the titles come and go. What’s more important is for people to understand what that is, and for me content marketing is basically doing the same job as a journalist, but on behalf of a company.

You’re still putting out that really interesting, really targeted, specific, high quality content with your reader or your audience in mind. Rather than writing a self-fulfilling, or leisure blog, where you might be talking about your hobbies or your pet, you are really thinking about the audience and delivering the kind of content that they want to consume.

Are people who are writing online content, structuring things in the same way that a journalist would structure a story?

Oh yes, definitely. I think that we’re starting to break down those barriers between branding, marketing, advertising, the content that previously would be an in-house investment writer, say, if you’re in a financial service company. Those are all starting to get muddled together and that’s where I think we’re starting to see these new job titles and job descriptions, such as content marketer or content creator, and we’re still trying to figure out what truly represents the new job that we’re all trying to do.

Yes, from the audience point of view, the content writing has got to be much better. Especially in the world of b2b, where historically the stuff that companies would have put out would have been very self-serving, all about the company and the products, rather than the audience.

Absolutely, and I think that’s why thinking like a journalist can be so useful. It’s not about necessarily putting out the kind of content that you personally find interesting, but instead thinking about that end user. So if, for example in the journalistic world, I were writing for Fast Car magazine, the tone of voice, the structure of the article, the length, the type of introduction, and how much knowledge I would assume the audience had about any given topic, would be quite different to maybe the car section of the Sunday Times.

The importance of buyer personas

Do you subscribe to the notion that we should create buyer personas to think about when we’re writing online content?

Yes, I think that’s really useful in terms of making sure that your content isn’t so highbrow as to completely miss the mark, or too lowbrow; and also the tone of voice is really, really important.

So having that one person in mind when you’re writing or broadcasting - especially if it can be someone that you know, maybe a customer that you know particularly well or someone in your friendship group who personifies the target client or audience you’re wanting to reach - can, I think, help you make sure that you get that tone right and, hit the mark with them.

Anna, you’ve talked previously about people having and sticking to a strict editorial content calendar, as you would with a publication, but others speak in opposite terms, saying don’t write just because you’ve got a deadline, only write things when you’ve actually got something to say.

I think the two points of view actually work together. I definitely do subscribe to the idea of having an on-diary calendar - in publishing it’s called on-diary, and there’s also an off diary. The on-diary is the calendar stuff - you know that Christmas is going to happen each year or your company anniversary is going to happen each year, so you might be able to build content around that specific anniversary or date - but the off-diary is the breaking news, the topic that you wake up to see is trending, so you need to have the flexibility to respond.

To answer the ‘should you only speak when there’s something worth saying’ question, I think that’s an absolutely valid point. My philosophy as a journalist has always been if you’re not furthering the debate it’s not worth writing or tweeting or any of those things; I think that comes down to making sure that the content is always relevant to the audience.

So you wouldn’t manufacture a shaky link to Dr Who just because lots of people are talking about that and searching for it at the time…?

I guess that would be the off-diary content! It really depends what your business objectives are. If you want to have more people come to your website, then having a picture that’s somehow linked to Dr Who might help you in the very short term, but really it’s the longer game that I would think you would want to be playing for. Because it’s not about getting a tweet retweeted a certain magical number of times, or even having more people comment on your blog; it’s about having that on-going, proper relationship with your target audience.

If you’re a business, then you are seeking that relationship because you want your audience to have you in mind when they want to buy something, and to be a credible voice in the marketplace. You don’t want to shoot yourself in the foot just for the sake of a couple of quick click-throughs in the short term.

Is it a good idea to create future blog topics and assign them to certain people, or should people just say ‘I’m going to write a blog post next Tuesday, and then every Tuesday afterwards, that’s always my blog slot’. How do you mix the two together between calendar and writer?

I think it’s more about actually being more prescriptive rather than less. Take the example of the same person being chosen to have a blog every Tuesday - that’s perfectly fine, but I think they need to know specifically what topic they’re going to be hitting, otherwise there’s no point.

This comes back to having an on-diary calendar, so that you can make sure that you’ve done your research beforehand, you’ve already come up with all your ideas, you know what kind of information and content your audience wants to consume, and you make sure you break down those questions. It's something we see quite a lot: people have a brilliant idea that probably really works for their audience, and they’re so desperate to share it that they do an extremely long blog post or an extremely long video, and share it prolifically - and then it dies out after a week or something, and then they have nothing else to say.

With those kinds of things, if you work with an on-diary calendar, you can break it down into a series, for example, or by paragraph or as a how-to – there are lots of different ways you could interrogate that idea, and then share it with your audience over a select period of time.

The way that publishers work that companies can learn from is this: say you’re starting a 12-month content plan, it can feel a bit ridiculous to be thinking about what you’re going to be writing about this time next year - it might not be relevant, particularly in social media and how fast things move.

But what you can do is plan for the next three months in specific detail, say a series that’s solely focused on Twitter, then when you come onto the second quarter, you might want to have a topic selected, for example, moving on to talk about LinkedIn, and then maybe a bit of Google plus, and then further down the line when you’re into the second half of the year, you might think about just focusing on social media for charities, and leave it as broad as that - and deal with the detail as you get closer to it.

This all might sound quite daunting, particularly if you’re a small or medium-sized business, thinking about tying yourself down to an arduous weekly content creation plan - which may start out as fun and become a bit tiresome.

So what I think can really help, again something the publishing industry does quite a lot, is to create a kind of content vault of on-diary information. What that means for small businesses is - if they find themselves with an hour to spare, which I know is a rarity! - they can knock out three blogs, or a quick video, or a how-to, or something like that, and lock that away in their content vault to be diarised later. That frees them up for those busy hectic weeks when they’re getting on with the actual day job, and they’re not neglecting their audience online.

I think that building up that content vault can really help small businesses and that’s something that they should look to incorporate.