Why you should consider creating B2B marketing podcasts 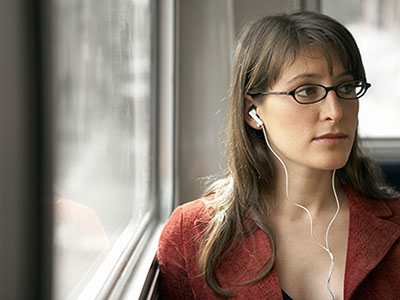 Podcasts are on the ascent - again. 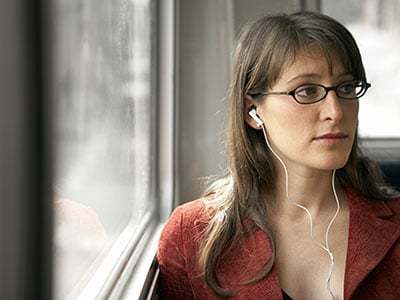 Originally a Noughties phenomenon, today these digital audio files are being eagerly downloaded onto computers and smartphones across the world at a growing pace.

According to the Washington Post, subscriptions of podcasts through iTunes passed the one billion point in 2013, while the number of unique monthly listeners stands somewhere around the 75 million mark.

New York Magazine calls it a “renaissance”, Digiday refers to the “second coming” and Forbes says the medium is the Uber of advertising.

What the podcast revival means for B2B marketers

While this is certainly a rebirth of sorts, podcasting as a medium still remains an uncrowded communication channel. It’s certainly not mainstream just yet.

And that’s good news for your business, because it means you can make an impact.

But B2B podcasts are not merely another marketing tool. No one wants to download an elaborate sales pitch.

However, they do want to be educated and to be told stories. Even better, they want to do all this while also doing something else, be it driving, working out or grocery shopping.

Here’s how you can ride the second wave.

Originally referred to as audioblogging, the term podcast was coined around 2004. It looked set to be the next big thing.

But that didn’t happen – there was a lack of decent content and people weren’t particularly interested. Plus, the technology wasn’t really there, meaning that downloading the digital audio files was a chore.

However, the situation has improved rapidly in the last few years. Now most people own smart devices, while in-car technology means podcasts are a viable alternative to traditional radio.

The tipping point has been widely identified as Serial - a US podcast hosted by Sarah Koenig, which re-investigates the 1999 murder of an 18-year-old female student in Baltimore.

First released in October 2014, the 12-episode series is a spin-off of weekly public radio show This American Life - which is the country’s most popular podcast, with one million downloads per week.

Serial spent a number of weeks at the top of the iTunes charts and became the fastest-ever podcast to pass five million downloads. A second series is forthcoming.

B2B marketers are starting to cotton on…

Creating a podcast is easy – and non-expensive to boot.

It is essentially an mp3 file made available for downloading on the internet. There is a lot of sophisticated and pricey equipment out there but, while you’re just getting started, it’s probably best to stick to the basics.

So all you need is a computer with broadband access, a microphone and headphones. You can also use your smartphone.

You will need to download some software to help record and edit your podcast. There are many free options available, but Audacity is the one recommended by those in the know.

Next you will need to choose a hosting service for your audio files. Again, there are many free and non-expensive options out there, including the likes of Libsyn, Hipcast and Podshowcreator.

But that’s just a brief outline – the experts can tell you more.

And EntrepreneurOnFire founder John Lee Dumas delivers a free educational course that can be downloaded as, you guessed it, a series of podcasts here.

…but not everyone should

Creating podcasts takes time – and a lot of it.

The journey from the initial planning stage, through to the execution and final distribution of your audio file is a long one, so don’t commit if you’re not prepared to put in the work.

However, there are ways of outsourcing some of the work. If you have something interesting to say but are short on time why not hire a virtual assistant?

There are a number of helpful websites, such as Virtual Staff Finder and Society of Virtual Assistants (SVA), which will help you match your needs to an assistant’s skills.

That way, you can focus on the bare bones of delivering informative and engaging content for your target audience to listen to.

And that brings us to the final point…

Make sure you create value

As the saying goes, content is king – and podcasts are just another form of content. So originality and quality are the keys to success.

B2B podcasts are the perfect medium for engaging with a niche audience – and addressing the topics that they are really interested in.

And because people can listen to them wherever they are and whatever they’re doing, you know that if you target the right audience, they’ll be hooked on what you have to say.

However, that doesn’t mean you can ramble on aimlessly. You should plan carefully what your message is and deliver it in a way that is lively and informative.

The best way to get a feel for what works and what doesn’t is to tune in to the current conversation.

Here are four great podcasts already out there:

B2B marketing podcasts are a great way to intimately engage with your target audience on a deeper level.

If you’re willing to invest the time, the ROI is potentially huge.

What are you waiting for?