B2B marketing: should you control influencers? 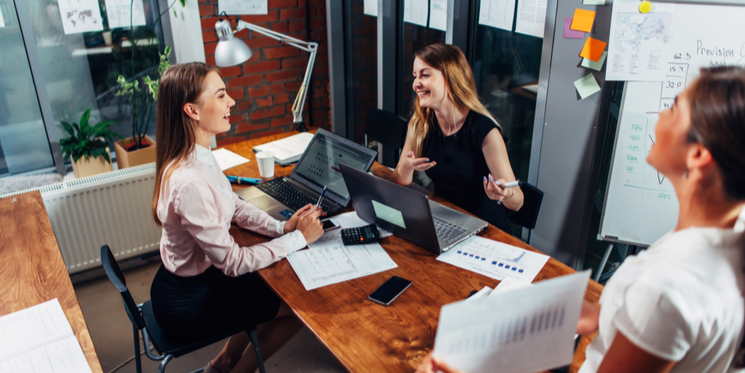 Influencer marketing has become one of the big buzzwords of recent times. The rise of social media has changed the marketing landscape.

All types of buyers – both consumer and B2B, now make decisions based on information and opinions supplied by their peers, by websites and blogs and by influencers on social media.

Influencers have become particularly important with the rise of social media channels such as Instagram, where conventional marketing is difficult, if not impossible to undertake.

If buyers are now taking advice and being influenced by social media users, it becomes an obvious tactic to get those social media influencers on your side in the same way that PR companies used to schmooze journalists, media and prominent consultants. Once they are friendly towards you, they will push your product on your behalf to those markets you can’t reach any other way.

With conventional sales techniques and push marketing proving less effective, unpopular amongst its target audience and increasingly restricted by new legislation on privacy, influencer marketing is seen as a new way to get those leads and sales.

There are several ways to conduct influencer marketing, from outright sponsorship to just ensuring you keep influencers informed.

Whilst there have been some notable success stories, influencer marketing has recently been the subject of greater scrutiny for a wide range of reasons.

Many large companies who have been running large influencer-based marketing campaigns that are now questioning their effectiveness. They have poured significant budget and resources into supporting influencers and have seen results that have been disappointing and are proving a poor return on investment.

There is also a kind of influencer fatigue setting in among marketers as social media users have been approaching companies in large numbers, offering all sorts of audience access in return for freebies. On investigation, many of these would-be influencers have very little audience or their audience is not appropriate for the product.

With influence, context is everything. If your product or service is not a natural fit with an influencer’s audience interests, then no amount of pushing by an influencer will make an impact.

There is a great deal of evidence to suggest many influencers are buying followers, with research showing that as many as 15% of Twitters 'users' may be fake while up to 60 million Facebook accounts could also be automated, or bot, accounts.

This prompted Unilever’s top marketer Keith Weed to call for urgent action to tackle the issue. As part of this initiative, Unilever issued three commitments:

Another factor is the reason a social media personality has followers. That reason will determine whether they are a real influencer or not. Many people will follow someone just for entertainment value for example.

Take Donald Trump – I would suggest that at least some people following him do not do so to benefit from his sage advice. There will be many people on social media who are followed just because they are entertaining and they will not hold any real influence over any of their follower’s decisions.

Many of the influencers that companies have worked with are not natural marketers, they are often naïve, young and occasionally unprofessional.

Companies have found that even when they supply the complete message to influencers, they have either failed to grasp it and/or not communicated the campaign effectively – all leading to some epic influencer marketing fails. Sometimes social media users have been entirely inappropriate with the message or used visuals that clash with the established brand image.

This has led to frustration amongst marketers – a recent survey by Takumi showed that a whopping 45% of marketers wanted complete control over the written captions and visual elements of an influencer’s post.

There is still a lot of work to be done in this area though – only 37% of consumers actually trust influencers to disclose paid partnerships and 46% of marketers think the guidelines need more work. And 71% of UK consumers wrongly believe that influencer marketing is not regulated at all.

The fact that so many marketers want more control over posts, demonstrates a complete lack of understanding of the source of a social media user’s power to influence.

Marketers seem to view it as another advertising channel – like TV or radio – but that is old marketing thinking, out of place in a world where target audiences want less direct advertising, a world where they are in the driving seat.

The reason why their followers look to an influencer for advice and guidance is that they trust them – they are seen as independent, as understanding their needs and issues and ultimately, posting content that is of use to them.

If that independence is compromised – by sponsorship or blatant advertising posts, they will no longer be trusted. Whilst they might still be followed for entertainment value, they will not be trusted for advice.

So if brands move towards more control, they will simply end up killing the golden goose.

Influencers for B2B – a strategy

In the realm of B2B, it is even more important to take a professional, serious, measured approach to influencer marketing. Buyers are unlikely to pay attention to or be influenced by social media stars. Their influencers will be peers, colleagues, families, friends, professional forums, industry websites and recognised authorities in their field.

Once again, the reason that buyers turn to them for advice and recommendations is that they are seen as independent, trusted sources who will have their best interests at heart rather than promoting a vendor’s agenda. So paying for influence is not a tactic that is likely to work for very long in the B2B market. Being thoroughly honest and open about all your dealings with influencers is vital.

Providing product or access to a service for free is a valid approach, as is making sure that industry pundits and media have any and all information they might require provided to them, along with a contact person to talk to and access to senior staff for interviews.

Content is another lynchpin of an influencer campaign – content that you really should be publishing anyway as part of your inbound marketing strategy. If you can provide overviews, explanations, how-tos, technical backgrounders and the like, they will be used by the media and influencers as much as they are referenced by potential buyers.

Paying or trying to control influencers is a detrimental approach that will ultimately come unstuck and should not be necessary if you pick the right influencers to target in the first place.

Successful influencer marketing in the B2B world requires a more hands-off, nurturing approach. It is more about providing influencers with access to useful information and resources than out and out product placement or getting them to repeat brand messages.

Publishing useful, relevant content, being helpful and doing a good job are the foundations of successful B2B influencer marketing.

Keith has a unique mix of talents and experience in marketing and communications. Judging by his Facebook photos, you might think he’s been around for hundreds of years – but that’s just his reenactment film and TV work! (He’s actually been at the forefront of the digital revolution since 1995)