Are white papers really still relevant in the world of modern content? 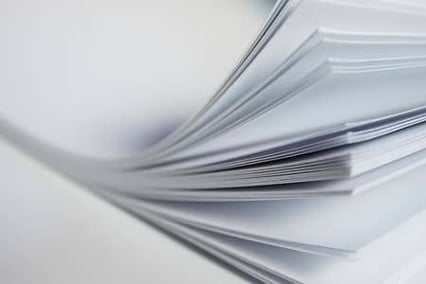 In an age where Generation Y are, as I observed in an earlier post, “completely visual learners”,  with Generation X not far behind, does the rather formal, text-heavy, slightly august medium of the white paper still have any kind of place in your content writing armoury?

Should you just abandon it in favour of what David Meerman Scott, in his New Rules of Viral Marketing, called “the stylish younger sister to the nerdy white paper” - the more visual, interactive and “human” eBook?

Or is there still – given the ongoing debate around content quality vs quantity – a very clear role for it in B2B content marketing, especially in those sectors where audiences crave depth of analysis, detail and rigorous argument.

Here are a few considerations to help your content writing play to the strengths of both.

What a white paper is – and why your customers need it

First off, it's helpful to clarify what it actually is (and isn't!), and its purpose, as described in a post by the appropriately named thatwhitepaperguy.com:

The overall value proposition is pretty clear. It exists to do a specific job of persuading and convincing senior decision makers, at the pre-sales stage of the funnel, using a strong, formal, written argument, based on hard proof points.

So why on earth would anyone think this form of B2B content is no longer effective?

The issue with white papers is this: arguably, it's content writing in a pin-striped suit, to use an analogy. Its formality is simultaneously its winning formula (with B2B audiences, in more complex business sectors) and its Achilles heel (with B2C audiences, or B2B audiences in “younger” industries).

So, back to the analogy, should we all be “dressing business casual” and switching to eBooks instead? Again, it pays to understand what an eBook commonly is and isn't, and the kind of audience it can effectively address. Marketing Profs' Ann Handley, in this post, captures the comparison handsomely in this table:

In another, admirably clear post, Sara Mouw proposes that the white paper is likely to be most effective when you need to “look like an expert in your field”. On the other hand, she says, the place of the eBook is as an “engaging conversation starter”, when great complexity and detail are not considerations, and the “highly visual content will be more intriguing to a consumer than formal copy, charts, and graphs.”

Let's not forget the hands-on, interactive, instructive qualities of the eBook, either. As Emily Haahr puts it, eBooks “tend to be shorter and more interactive than whitepapers” and “include links to additional multimedia information and focus on the how-to aspect of a subject.”

As a publisher of both types of content, I recognise the value in each, depending on the kind of audience I'm trying to reach. My position is very much vive la différence. But what does the future hold?

The fundamental, underlying properties of the white paper and the eBook are actually so similar, that the boundaries between them are easily blurred. As Rebecca Graves has commented, for example, white papers and eBooks have grown out of the same elemental need to inform and helpfully engage customers, without attempting the instantaneous sell (and she lists some very convincing other similarities, too.)

Add to this Jonathan Kranze's (author of Writing Copy for Dummies) quote in the same post, and you would be forgiven for thinking that the distinctions are no longer perhaps as rigid as they may once have been. “Many eBooks” he says, “will be based on research, for example, and many white papers may include illustrations and graphics.”

To my mind, a well-reasoned, effective white paper still has a distinct place in modern content writing. It presents an opportunity for the reader to delve into topics in a manner that is mindful of rigour and the need for hard fact. A certain adherence to basic rules of format, content and tone of voice are necessary to preserve these USPs.

In certain environments, nowadays, there does seem to be some coming together of white papers and eBooks, but one should only object to the blurring of boundaries when it is an indicator of confusion. When it is a symptom of synergy and progress, we should remain open-minded.