4 Benefits of Using White Papers in Your Content Marketing Strategy 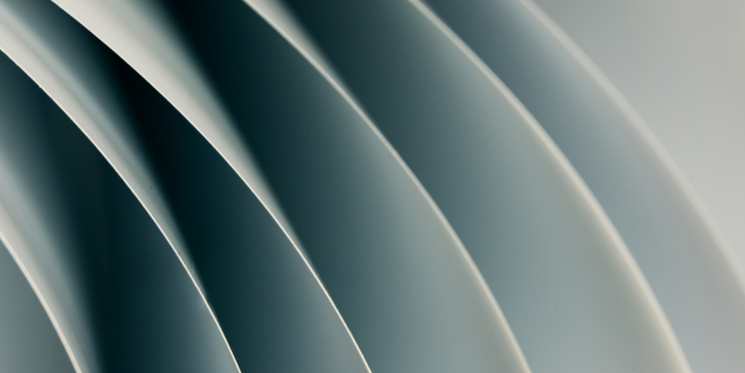 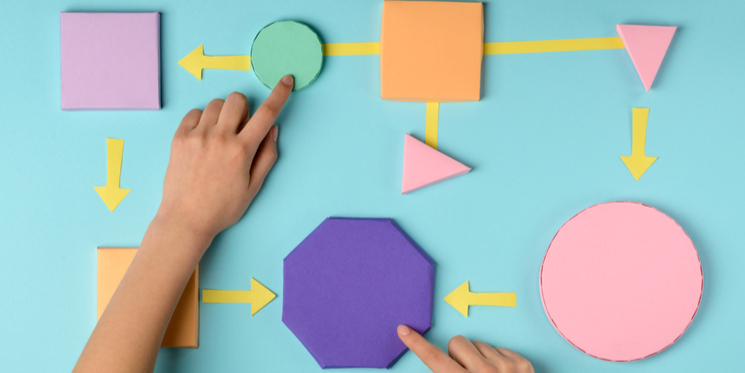 Editor's note: This blog was originally published in November 2012 and has since been updated for optimal accuracy and relevance.

Content, content, content. It is the linchpin of the whole lead generation and inbound marketing process. It educates, adds value and entertains. It can also help you to nurture relationships with your leads in a way that makes them choose your product or service.

What is lead nurturing?

Lead nurturing is the process of using content to draw prospective customers through the sales funnel until they reach the decision to buy.

END_OF_DOCUMENT_TOKEN_TO_BE_REPLACED 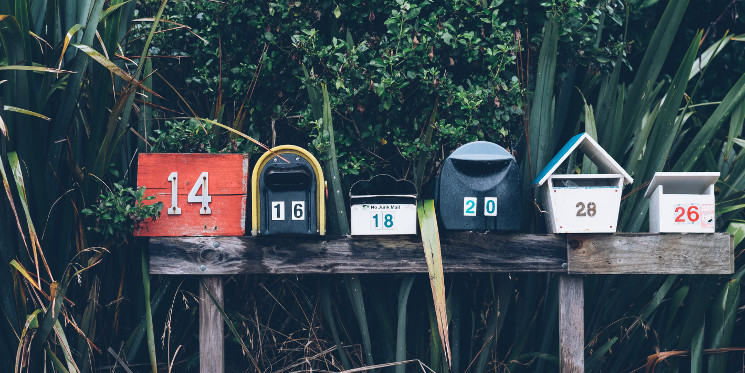 Editors note: This blog post was originally published in November 2011 and has since been updated for optimal relevance and accuracy.

95% of us check our email every day, sometimes up to 20 times a day. We're glued to our mobile phones, making it easy for us to have constant access to our emails. In fact, 28% of us check our work email whilst in the bathroom!

Despite whispers that email marketing dead, the reality is that it remains one of the best ways to attract and retain customers. It offers a highly efficient channel at the heart of inbound marketing for communicating with clients in a targeted, measurable and cost-effective way.

END_OF_DOCUMENT_TOKEN_TO_BE_REPLACED

How to scale your business by building a media brand asset 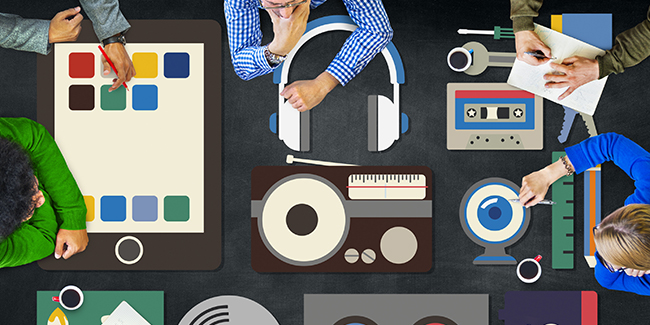 Scaling business owners face a race for attention in this increasingly ‘noisy’ world. And standing out to the people who matter is only getting harder.

Even with the democratisation of the internet, an overwhelming proliferation of mediums, channels, technologies and advice has led many to confusion or even paralysis in the wake of unfulfilled promises; it’s all about email, it’s all about SEO, oh, they’re dead.

But it’s never about just one thing or another; it’s always been ‘in the mix’ — the right mix for your audience.

END_OF_DOCUMENT_TOKEN_TO_BE_REPLACED

Getting your marketing mix right is more important than ever 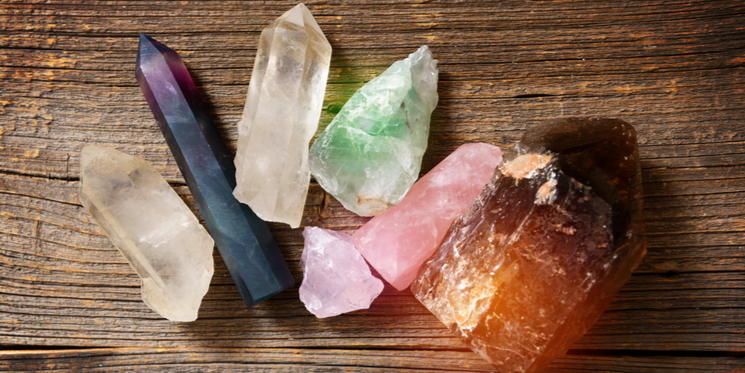 Editor’s Note: This post was originally published in February 2012 but has since been updated for optimal accuracy and relevance.

Marketing is changing faster than ever. As you likely remember, there was once a time when B2B businesses would make cold calls or pay unsolicited visits to prospects to sell their products and services.

END_OF_DOCUMENT_TOKEN_TO_BE_REPLACED

How to deliver successful inbound marketing with agile scrum

Inbound marketing is a labour-intensive exercise. When done well that is. Success or failure lies in the marketing mix and your ability to pull the right levers at the right time. And the levers and the pressure you apply will always differ dependent on your particular circumstance. And, of course, the situations impacting your customers.

END_OF_DOCUMENT_TOKEN_TO_BE_REPLACED

How to avoid common pitfalls when defining your buyer personas In modern marketing, buyer personas are integral to everything you create as a content marketer. Buyer personas are representations of your target customers based on real-world information and educated guesses. Their likes, dislikes, habits, behaviours, motivations and concerns, as well as their job function, where they spend time online, decision criteria, and more.

The trouble is, as with so many recent marketing developments, the subtler ideas around personas are often not fully understood. Getting your personas right, and keeping them current is not as easy as it sounds. Here are some tips to avoid some of the common pitfalls when defining your buyer personas.

END_OF_DOCUMENT_TOKEN_TO_BE_REPLACED

How to avoid a big disconnect in your inbound marketing In short - inbound marketing will count for little if your efforts don’t convert to sales. For sure, inbound marketing can help generate leads, build an audience, raise your profile and extend your reach but, ultimately, without a strategy for sustainable sales growth, you are likely to end up focusing on the cost of doing inbound rather than the revenue generated from it.

Problems surface if your sales team are not bought-in on the inbound methodology. And where there has been a historical misalignment between Sales and Marketing (curiously common considering both functions are part of the ‘revenue department’), this can exacerbate the issue.

So, if you are taking a closer look at how inbound marketing could reverse your fortunes, be sure to consider how you are going to involve the sales team from the outset.

END_OF_DOCUMENT_TOKEN_TO_BE_REPLACED

Inbound marketing and sales and the need for an SLA The old sales playbook would likely quote "always be closing" or "it’s a numbers game". The sales team would be "calling to touch base" or overheard, for the 50th time that day, saying "if I could show you a way…"

Essentially, if a sales rep wasn’t spending the larger portion of their day hustling prospects, trying every trick in the traditional sales playbook to get that deal signed, sealed and delivered, they were likely not long for the role.

The sales manager didn’t care if the solution they were selling benefited the potential customer or not. Their world was driven by the numbers, and "the numbers don’t lie". Unlike the buyer because "buyers are liars" (sic) so, get your foot in that door and show me the money.

But the world around us has changed. Customers are empowered by technology, the internet and the social web. Today, they want to inform and educate themselves long before they are ready to speak with someone in sales.

END_OF_DOCUMENT_TOKEN_TO_BE_REPLACED HubSpot has just released its seventh annual State of Inbound report. So what does it tell us about inbound marketing today?

The comprehensive document, which is just over 70 pages long, represents the experiences of almost 4,000 marketing and sales professionals across 150 countries. The majority of these respondents work for B2B SMBs.

The good news is that the report paints a very positive picture - both for now and the future. Inbound marketing continues to grow as a movement - with positive results across the board.

Whether you're a seasoned inbound marketer, just getting to grips with the methodology, or have never tried it at all, there are a number of illuminating insights.

Here are five things we can learn from HubSpot’s State of Inbound 2015 report:

END_OF_DOCUMENT_TOKEN_TO_BE_REPLACED You are here because you may be considering setting up Awards for your organisation. I have written this post especially for you. Working on over twenty Awards during my time as a magazine publisher has given me a certain insight. And I hope to share that insight with you here with over 200 tips.

Organising successful Awards is about ownership and process. Somebody needs to project manage the entire procedure. They must ensure delivery of key elements within a tight schedule. And they will need to think on their feet and find solutions to problems as they occur.

To succeed, you must ensure there is a market for your event. Awards are ten a penny. If your idea lacks clarity, you are unlikely to generate the entries you need to succeed.