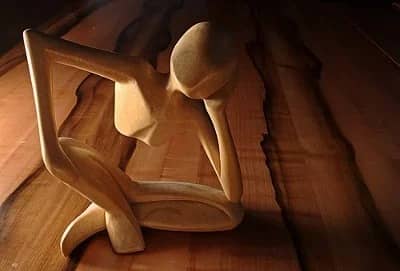 What qualities do thought leaders bring to their business blogs?

Anna Lawlor, journalist and co-founder of Social i Media, gives her interpretation of the term "thought leadership" and what it takes to become a proponent in your field.

Quite a lot of people either think they are thought leaders (often self-determined) or would like to be. I’m a bit uncomfortable with the term "thought leadership" because there’s a danger of it just being another mindless piece of business jargon. What does thought leader actually mean?

The popular definition of thought leader is one whose views on a subject are taken to be authoritative and influential, but that doesn’t really do it justice. For me, a thought leader is someone who never stops asking questions, is constantly inquisitive: posing new ways of doing things and boldly challenging the status quo.  In terms of content marketing for businesses, if you’re a leader, you are producing content and writing online to really further the debate. It’s content that is of interest to your audience; you’re tackling the hard questions that your industry doesn’t want to because maybe the answer is awkward.

A thought leader either says ‘this is the issue, this is why it happens and this is why I support this approach’, or they modify their approach and say ‘this is what we as an industry have been doing, this is what I hear our audience wants or our customers want, and this is my proposal for how our industry or our business can move forward.’

And it’s not a title that you can give yourself, it has to be bestowed upon you by other people recognising your work.

Absolutely. One of the real concerns here is that someone can simply decide to introduce themselves as an expert. It should be the case that other people decide you’re the kind of leader that they want to follow.

Amongst your clients is there someone that you recognise as a thought leader in their particular area?

Yes – and interestingly, some thought leaders are actually brands; previously, I had always thought that a leader in this regard would be someone that was furthering the debate as an individual. The first one that springs to mind, given my background at the Financial Times, is M&G bond vigilantes.

M&G is one of the top three fund management providers in the UK. Several years ago they launched a B2B blog called bond vigilantes, which is a great snazzy title. They’ve got an amazing in-house bond investment team, and they’ve given them pretty much carte blanche to write what they truly think. I’m sure they have to jump through many hoops in terms of financial protocol to get it published, but they go out and they say what they think about inflation, interest rates, etc; they call things as they see it and, in so doing, they’ve become a thought leader in financial services. Several of our clients will cite M&G’s bond vigilantes as the kind of thought leader that they want to emulate.

Does the tone of voice remain the same as those research papers or white papers that they would have produced years ago, or have they adjusted that for talking direct to the audience as well?

They’ve totally changed it, which I think is a good call, so that it better fits the format of business blogs. And with any data that they include or any assertions they make, they reference back to the original source -  I think that if anyone is going to be a thought leader, you get so much more credibility from sourcing back to an original source and referencing, rather than trying to take the glory for yourself.

Another thought leader I could cite is Sebastian Dovey, who works at Scorpio Partnership. He speaks to my kind of audience, which is the new generation of wealthy people - people in their 20s or 30s now, who are either fortunate enough to born into very well-off families, or who are people like Mark Zuckerberg. His company talks a lot about where these people are going to be investing their money, and how to speak to them, how to reach them, what kind of formats and mediums those kind of future wealthy people expect to have customer service across. For me, that’s a really interesting area that Sebastian very much furthers. He’s also quite good at being self-critical, so when they publish a survey, he will engage with debate about whether the right questions were asked.  I think that it’s crucial to hold the debate, not just publishing in a one direction flow any more. Social media is about two-way communication; I think that he excels as a thought leader in embracing that as well.

So, to become a leader here then, you really have to put the work in; you have to do the research and you have to come up with original takes on existing information. It’s not just a case of regurgitating the same old stuff and doing it so often that people associate you with it.

Yes, I think you also have to be well informed, f you’re starting from the same base as everyone else, you probably aren’t going to be in a leadership position. So I think you have to be very well informed, and then you add to that kind of overlay of your experiential knowledge. You can contextualise the information around you. Then on top of that it’s being inquisitive and constantly probing, striving for something better. And that’s what leads to that furthering of the debate, which I think is really central to a thought leader.

You could add a further point which is being a good communicator, because in this day and age, you know that’s how your thought leadership gets disseminated. So you’re able to write, or speak, or do something that gets it out there. There are plenty of thought leaders who really know their stuff, but if they’re not savvy or don’t know how to start communicating their ideas, they’ll sit in a company and be very, very valuable for that company, but not for the wider marketplace.

Absolutely. I think that that’s something that business leaders or business managers need to acknowledge – it might not be the people around you or in your team who have a fancy title who are the thought leaders, it might be the new recruit that you just took on, who is actually really great at something or has a really interesting spin, or someone who thinks that if they apply their thinking from a different field to your field, that it could resolve some issues or create something better for your customers. Identifying thought leaders is about internal communications - seeing what your team can bring to the table in terms of the content and the ideas. Thought leadership is really about sharing ideas, and you’re not out there selling something, but you’re trying to make stuff better.

This post covers part 2 of Anna's interview on the Social Media Show, co-presented by Equinet's own Eric Swain. You can listen to the full interview with Anna on Show 43.