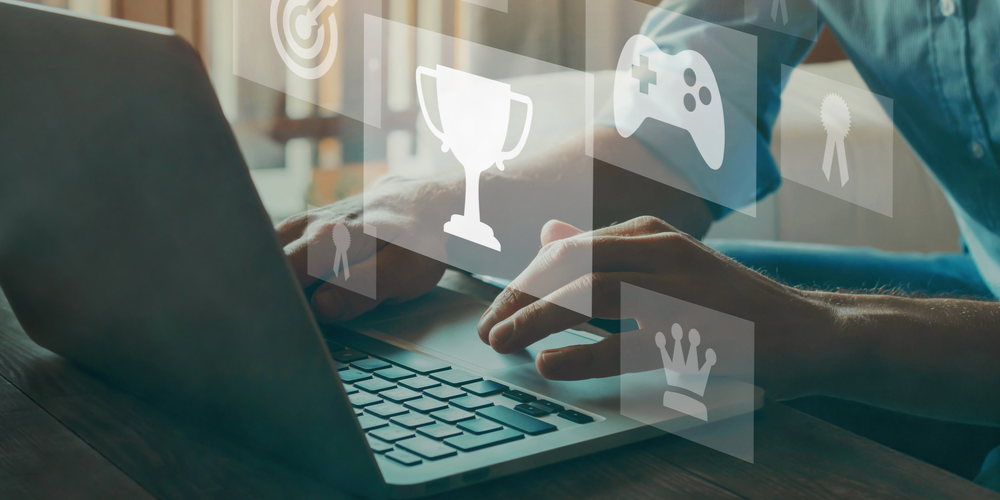 In March 2017 three UK-based scientists won a prestigious prize worth €1 million for their continued study of the brain’s reward centre and the role of dopamine, which triggers pleasure. The reward centre affects everything you do.

We make decisions big and small every minute of our waking day, and according to Professor Peter Dayan from UCL, 'reward' is exactly how we optimise those choices. The brain chemical dopamine continually encourages us to take action in a way that moves us toward perceived reward.

In this way, reward systems incentivise repeat behaviour. These triggers are part of why social media has such an addictive quality.

Charlie Brooker was already on about this way back in November 2013, when he included social media in his coverage of how videogames changed the world. Social networks are a marked example of gamified human interaction. If we’re “repeatedly pressing lettered buttons to form interesting sentences” online, then reward systems are the driving force.

A basic point system exists in the counting of likes, shares and followers. Your influence is numerical; your approval too.  Measurement like this introduces ranking and with it, leagues, winners, losers and the big incentive to come out on top. Today, Katy Perry remains Twitter Queen as she climbs close to one hundred million followers.

Game mechanics rely on small achievements that gradually build up to big ones, and social media mirrors this with followers, likes and fanbases (notifications that grow into lists). Brooker's "Twitter is a MMORPG” is real food for thought.

But social media is harder to escape than your average MMORPG - it is fully integrated into your entire online experience. It’s not always something you choose to load. Social media features heavily on websites, with businesses competing fiercely for shares - and the ease of access through mobile makes it somewhat hard to disengage. Increasingly, it is even the first place we head for news (dangerous as that may be).

That aside, it’s kind of fun. The article below gave some good advice about how your company can embrace the game.

Gamification is a term that almost everyone will have heard. It is the simple term of turning an activity into something resembling a game. It is rather simple to understand and not difficult to incorporate into any marketing strategy. However, for this article, we will focus on purely social media, rather than the entire marketing mix.

Gamifying your social media is a great way to ensure that yourself and your audience remain engaged in the face of an ever-increasingly competitive digital landscape. So, here’s what you need to know.