If you haven't anything useful to say... don't! A John Lee interview 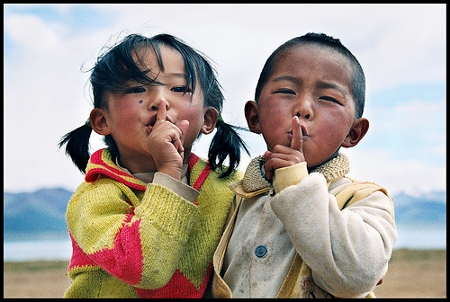 John Lee talks about the power of visual content in social marketing, the importance of quality content rather than quantity, and why - just occasionally - it's alright to opt for social silence!

So John, you've given us (in part 1) two clear messages about encouraging people to interact with your social content, around planning and integration into your marketing mix and also, very much about your "social" tone.  What's next - what else should we be thinking about?

So once you’ve established what social means for your organisation and have understood that it’s not about you, and your tone’s set up, I think the next thing you need to look at is how you present your content.

There is an amazing statistic I came across about a month ago as we were looking at this. Everybody knows that there’s millions and millions of tweets sent out every day: I think the exact number is actually 500 million. If you break that down, that’s nearly 6000 tweets per second!

If you’re then working on that assumption of ‘if I tweet something out then people will see this and they’ll love it’ - that’s not necessarily the case.  A lot of times that tweet hasn’t been seen  - it’s just getting buried, so one thing that we’ve found really helps in driving engagement is relying on something we call social visual content, which is essentially photos and videos. There’s a lot of research out there which backs this up. Photos in particular; tweets with photos get about a three to four times higher engagement rate than the same tweet without a photo, and the reason for that really comes down to user psychology, and two things in particular: clarity and convenience.

For the social user looking at their feeds, it’s constantly refreshing, with hundreds and hundreds of tweets going through, so what’s going to grab their attention? It’s not the stock headlines, it’s not just the text. The things that jump out a lot of times are the photos or videos, and the reason for that is partly ‘shiny object syndrome’ - it’s more accessible and we like looking at things that are colourful; but also, crucially, it also doesn’t require click-through. It presents that information directly in a user’s feed.

A Vine video for example shows up directly in your Twitter feed, and you’re able to understand exactly what that user wanted to share without having to go anywhere else. The brands that are using this method most effectively use those images to communicate the entirety of their message, so that even if someone does not click, they still get the message.

Yes, that’s exactly what happens, especially when I’m using mobile - the photos just appear, you don’t have to click anything.

"Your branded content does not exist in a b2b vacuum... you’ve got to use everything at your disposal to make sure that you have a chance to get their attention."

In the b2b world, we are looking to drive lead generation, or perhaps conversions of some sort, even all the way down to a sales-ready lead; so if we’re not getting users to click through to fill out that landing page form, to capture that further permission, what’s the visual doing? Does it just become part of a story?

It can work in a couple of different ways. It will depend on your larger marketing mix, but the one thing I think is pretty consistent is that you’re trying to deliver just one clear message in a way that is a positive experience for the user. So when the user sees it, they enjoy it, they understand the message; it’s not a hindrance to their overall social experience.
As part of a greater lead generation campaign, something that we found is really effective, rather than just tweeting out a link directly to landing page, is to put two or three posts out in advance that are visual.

So, for example, if you’re doing a webinar, put out a few photos before, maybe there are even slides that have a key fact or image, so that people start to understand that “hey, there’s this piece of content coming out - this is useful.” It whets their appetite, so that when you do put out that final landing page link, they’re more amenable to clicking through because they understand – based on what you’ve already shown them - that the content they’re going to receive is actually valuable.

Yes, absolutely. That fundamental of b2b marketing doesn’t change, it’s just more how we get users from social to actually click through to those pages.

I imagine there’ll be a lot of people out there who think that images, Vine or Instagram videos are not really b2b - it’s b2c. But we need to start thinking outside of those sorts of straightjacket terms, don’t we?

Yes, absolutely. The best thing I could say to any b2b brand is that your branded content does not exist in a b2b vacuum. When your users go and log onto Twitter or Facebook, they’re not just seeing your content alongside other b2b brands. Your competition is everything else - consumer brands, celebrities, their friends, things that are much more interesting than you - and so really you’ve got to use everything at your disposal to make sure that you have a chance to get their attention.

So, point number four in the list of reasons why people don’t click through on your content is making sure that you are utilising social as a touchpoint and not an end-point.

The one thing I try to really emphasise whenever I speak to anyone about social is start thinking longer term, start thinking bigger. Go beyond those immediate conversion points and think about how you can create user experiences that are just simply positive and move them forward one step at a time. And really, you have to do this in social because your audience is so diverse. If you look at an average b2b marketing’s Twitter feed and their followers, you have existing customers, you have prospects, you have people who have now just started to engage with you, and then you have your whole segment of users who, we call the social "secret shoppers". They’ve never raised their hand, they’ve never told you that they’re there or given any information but they’re still looking at your content; they’re checking you out.

"Don’t feel you need to post just for the sake of it, because that’s when you’re going to start posting things that don’t matter."

All four of those groups require different experiences and different content, but you’re talking to them all at the same time. So the focus can’t always be on the end-point conversion, it just needs to be a positive experience with each tweet. It’s a little bit of an ego hit but - you’re really not that interesting.

Even if you are the world’s most amazing brand, you’re not that interesting all the time; don’t feel you have to be. It’s actually really liberating when you understand that.

I’m just reconciling that with something that Doug Kessler said last week, that even when you’re not talking, people are watching what you do, and I can see both sides of what that means... I’m just trying to mesh the two together.

And, I think the other thing that Doug says that does help bring that together is when he talks about focusing on ‘home run’ bits of content. So, as well as always striving to deliver good, interesting, educative, informative and entertaining content you also really want those home run pieces that really elevate everything else. If you recognise that you can’t always hit a home run, but sometimes you will, then I think that’s also liberating in a lot of ways - I think that’s what you’re saying in some respects too isn’t it John?

Yes, I think that’s exactly it. There was something I read yesterday - a piece in Ad Week that focused on the social team from RGA - they called them the best social b2b Twitter account authors - the guy who runs their social said something that was simple but amazing, about how if you’re not tweeting, your followers are not just sitting there waiting for you to tweet. It’s OK if you don’t tweet - just make sure that when you do, it’s valuable, and you deliver strong content. Don’t feel you need to post just for the sake of it, because that’s when you’re going to start posting things that don’t matter.

There’s an awful lot of emphasis on having a content calendar, needing to put things out at regular intervals, using Buffer to make sure you fill in the gaps - and what you’re saying here is that’s not really necessary, wait until you’ve actually got something to say.

This is part two of the transcript of John's interview. Part one can be read here and part three available shortly.