How To Not Write Crap Content: An Interview With Doug Kessler 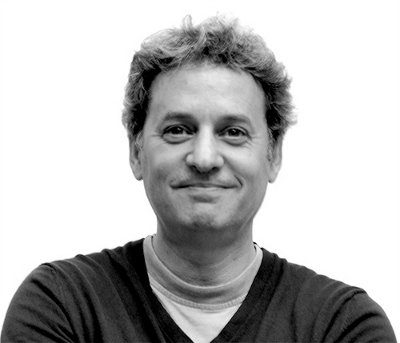 Doug Kessler of Velocity Partners wrote an ebook earlier this year that hit home for many of us. In it he alerts us to the tidal wave of content that is drowning our audience and make our marketing irrelevant.

Doug, your ebook, Crap. The Content Marketing Deluge, addressed the flood of marketing content that is threatening to overwhelm us. Is this a problem?

It really is a problem. It’s also an opportunity. When digital-age content marketing was a fairly new trick, the early people had an advantage by being involved in it. So for our clients to do an e-book back then was a special thing; it was like, “Wow, they’ve published something about an issue that their prospects care about, without even pushing their products. And people came to them for it, and wasn’t that great?”

That was an advantage. Just like, in the very early days, having a website was a pretty big deal. Now, of course every company has a website, and it doesn’t confer competitive advantage anymore. The same is true of content marketing. It really just gets you into the game now, as opposed to jumping out of the pack.

So it certainly is a problem; it certainly is a challenge. The option isn’t to stop doing it, at all, but really just to find ways to do it better. To develop what I call a great content brand to jump out of that pack.

People who are familiar with Velocity Partners’ content will have noticed that you’ve developed a particular voice and style that is recognisable. Is that important for businesses to do as well?

I think so. I do really think it’s important to have a voice in the business. It doesn’t mean it has to be so specific that it’s one individual voice, but a voice that comes from something. It should come from a set of beliefs about communication. I think that’s an important thing to have.

With respect to Velocity doing our own content marketing, it is a demonstration of who we are and what we do in a way that might not be right if you’re a manufacturer, for example. So your communications chops and your voice may not be front and centre for a manufacturer as it is for Velocity or any other agency, but it still is important. I think it reflects the way that you think about your relationship with your target audience.

So, for me, it’s a really important thing. We watch it quite carefully - well, I say ‘watch it carefully’, that’s actually not really true; it’s a natural thing. But we let it be natural, as opposed to forcing the voice. I think people get voice wrong, usually by aiming for something that isn’t natural to them.

I think there’s an understanding in the B2B world that you need to “speak” in a certain way that clients expect. It doesn’t have to be that way, does it? We can be more natural, more human, and more conversational in many respects.

Absolutely. I really do think it’s changing. Not so long ago, it was a real struggle for people to think that way. I think what’s happened with content marketing is that a few players in each market have shown, “wow, you can loosen up and talk like a human being and the sky doesn’t fall down.” In fact, other human beings like it and they resonate with it.

One of the big drivers for change in all this was the blog. People felt they could speak on their blogs in ways that they wouldn’t dare in some of the other more straight-laced media. And we’re seeing that even some pretty conservative companies and conservative industries have found a way to lighten up and talk like a human being, and realise they’re talking to human beings.

So I do feel like the whole B2B world is starting to really get that, and that’s refreshing and wonderful. Because, God, it was a wasteland for quite a long time.

Doug, we’ve heard quite a lot recently from our contributors on The Social Media Show about companies getting fans and followers and advocates to do their content creation for them. And that the company can be a curator of that content. How does that fit with the idea of having a company voice? Does it go well with that, or can it take away from it?

I think, done well, they’re really consistent; there’s no problem with that at all. Part of your voice may well be as a facilitator in the market, as opposed to just a broadcaster. So I think it’s fine.

I do think that there’s lots of lazy curation out there; that people think of it as the fast track to high volume content. “Hey, look, you didn’t even have to write it.” So it’s kind of hoover up stuff, splatter it onto a page and call it a post or an article or an e-book. So I think that’s a threat.

I think lazy curation doesn’t help you and your voice, but done well I think it can be fantastic. We’ve had a lot of fun doing some curated pieces. I think if you do it with a good heart, and also know that you’re going to add value, not just hoover up and fire hose it back and call your job done. If you add a layer of analysis or interpretation, tell your audience why it matters, it’s a great source.

I think it certainly should be in every marketer’s bag of tricks, whether it’s at the core or not. I would say it probably shouldn’t be the core. When they’re done intelligently, they can be absolutely delightful. It’s fun to have somebody interpreting a noisy thing for you and curating it literally like a museum curator, which is a really talented job for talented people. Done well, it’s an absolute delight.

I think it also can backfire. To do it well is just as hard work as doing an original piece. So I’m not sure that the expected efficiencies and economies always materialise. But again, I like it as a flavour of content marketing. In most programmes, there ought to be a strand that is about curation, I think.

With respect to creating original content, Doug, do you have any specific tips that you can give people? Do they have to try and be really original or funny or are there a set of rules that they can follow? 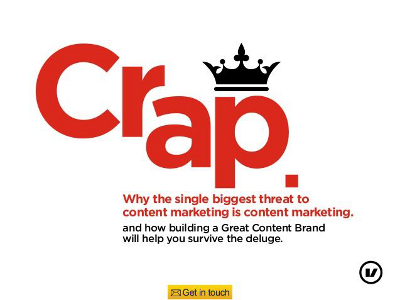 It isn’t so much rules, but I do think there are some principles, definitely. One of the ones I like to tell people is “too much of content and content marketing is done because it should be done”. People are doing ‘should’ content instead of ‘really want to’ content. The stuff that you really want to say comes out better. A whole lot of content is like, “Hmm, I need one for this persona at this stage in the buying cycle, about that topic. I’ll do seven tips for blah, blah, blah and I’ll pour it in there; it’ll be good.”

All of that stuff’s okay, but you can tell the pieces where someone really had a point that they wanted to get across, really had a story or an argument. So I like to find the authenticity behind content. Or before producing it, find something in the company that is real, that people are passionate about, that people care about. Or the people who are having the most fun in the company. Find them, figure out what’s so fun, harvest that.

I just think the pleasure of doing it should be a really good guide. For me, I have a ball doing content marketing, for Velocity and for clients. I really, really, really enjoy it. Sometimes I’m surprised I’m paid for it. For me, when I’m having the most fun, I feel like the best piece is going to come out. Of course, sometimes really good work comes from struggle, but it’s motivated by something that you believe in, that you really, really care about.

Too much of the content out there is kind of bloodless. It could be very professional; it could be intelligent and they’re saying the right things. But you just don’t feel that there’s a lot of passion there. Maybe it sounds facile, but I really do think starting from something you really, really want to say is a great place to start.

That leads me to one of my favourite things, which is Simon Sinek’s Start With Why talk. Because if you start with that, what’s really important, and why you’re even in business, then everything can flow from that. It makes content marketing, and any marketing, product development, and all things that you do in your business, so much easier if you truly know why you’re doing it.

I absolutely love that Simon Sinek talk. It’s had a big impact on me. I really keep it in mind a lot with clients when trying to get to the bottom of what their beliefs are so that we can expose them.

Things open up when you hit on it with a client who’s been used to a more white paper approach to content. When they start understanding that, a lot opens up; where all of a sudden the company realises that its people have lots to say and are quite passionate about what they’re doing. Yes, I’m a big believer in the Simon Sinek talk. I think it should be required viewing for content marketers.

Doug, we’ve had quite a few people (Minter Dial last week, for example) talking about why CEOs should be intimately involved with or writing their own blog posts or should be active in social media. Do you have a view on that? And what about where perhaps an executive is just not talented in that area?

For me, a CEO who’s good at it naturally is a huge asset to a company. To not use such a person would be criminal. But many aren’t, and I think forcing it is worse than not doing it. I think if someone isn’t particularly good at it, or is not talented or enjoying it, they shouldn’t be forced to. Because you can see CEOs who are dragged to the table and aren’t doing it very well. Or who are getting a lot of ghost writers, and you just have this sense that there is no real authenticity there.

Then you see some other leaders who are just fantastic at it and you get an intimate connection with the brand that you couldn’t get any other way.

If it isn’t the CEO, then the most senior person who is talented at it should be in harness doing it. If they’re talented and they enjoy it, it’s only a matter of getting them to prioritise it, which can be difficult with what senior people have on their plate. But I think a case can be made that time spent in content marketing and in social media is well spent for a senior person. But again, I’d look for that talent and that pleasure first.

This is part one of the transcript of episode 37 of The Social Media Show, featuring Doug Kessler of Velocity Partners. To read part two follow the link.