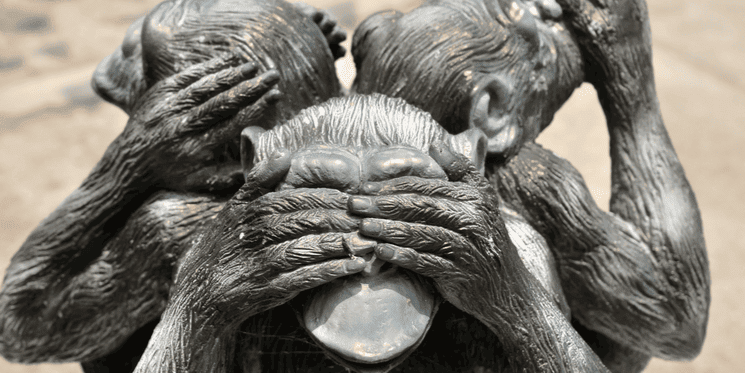 Incidentally, if you like Iceland’s Rang-Tan advert or feel strongly about it – rather than sign the petition to get it shown on TV (which is not only factually incorrect but I think is unlikely to make a difference) why not sign the original petition against dirty palm oil? Alternatively, you might like to dig deeper and learn about the debate around the use of palm oil.

By any measure, the Rang-Tan advert is a phenomenal success story for Iceland. So what can marketers learn from this?

Whatever your marketing medium, whether it be social media, email marketing, website, print or advertising it is part of your responsibilities as a marketer to understand the rules of that medium. Ignorance of the regulations is no excuse for a professional.

Social media platforms such as Facebook have rules about what you can post, what competitions you can run, how you can run them, and so on. If you get it wrong your page can end up getting suspended and you’ll effectively lose the use of that channel. Incredibly, there are many businesses out there today who are running competitions and promotions that contravene Facebook’s rules and could end up banned.

With social media platforms, the rules are set by the companies themselves – when you use their platforms you are agreeing to abide by their conditions. They have carte blanche to refuse your marketing or ban you from the platform.

There are many rules that govern email marketing – ignore these and you are basically a spammer – doing untold damage to your businesses’ reputation and potentially landing your business with a substantial fine. These rules are set by governments – the most obvious being GDPR – and as such, they have the weight of the law and the courts behind them. Fall foul of these and you could be banned, fined and potentially even imprisoned.

Another non-governmental organisation – Clearcast – pre-approves scripts for television adverts and then the final adverts for broadcast. Adverts are checked against the rules in the BCAP code. Ultimate responsibility for all broadcasting, including advertising, rests with Ofcom.

Basically what this means is that the Iceland advert was not banned by the authorities but that the advert would not be accepted by advertisers as it broke the voluntary code.

As professional marketers, both Iceland, their agency and their ad buyers should have known that this would be an issue. So either they were ignorant of the code (which is unforgivable) or they knew exactly what would happen when they submitted the advert.

Incidentally, they could easily have avoided all the issues by making their own advert about the dangers of palm oil and their commitment to removing it, which would have aired without problems.

Ultimately, as a marketer you must understand the rules – once you do, you can then decide whether to conform to them or perhaps cleverly break them to create a guerrilla campaign.

There are so many elements in this advert’s story that elicit an emotional response – from the piece itself, featuring a cute endangered, human-like animal and a little girl, to the subject matter of the decline in the orangutan’s natural habitat due to palm oil production, to the ‘banning’ of the advert by the ‘authorities’ as newspaper headlines put it.

Usually, at this time of year, the major supermarkets are battling it out – trying to create the most emotional response with their Christmas advertising – a battle that John Lewis has won more than once. All of these adverts have a number of elements in common as they play shamelessly with our emotions. They tell a story which usually has a happy ending, and which involves cute animals, or small children, or both. Sometimes they feature an elderly relative but they always evoke the atmosphere of Christmas, and they inevitably make us feel guilty enough to shop for our presents in their store or to buy their product.

People care about certain things in life and if you can tell a story that appeals to those feelings for animals, children, the less fortunate, or in Iceland’s case – the planet, then you are engaging your audience and making them care about your message. Let’s face it, in today’s media-soaked world, getting people to even notice your marketing message is a victory in itself.

The cynic in me looks at the fact that Iceland have just saved themselves an estimated £500,000 of advertising spend and managed to get their advert seen by more people than any 2018 Christmas advert is likely to be seen by, and I have to think that this was possibly a brilliant bit of guerrilla marketing – or should that be orangutan marketing?

Thinking outside the box and creating an event or a sensation around your campaign is a great way to make a limited marketing budget go a lot further. Mind you, it’s a fine line between a brilliant, wacky idea and an embarrassing incident. And there is always a danger that the hoped-for reaction may not materialise, or worse, may take a wrong turn and you and your company end up with egg on your face and a tarnished reputation.

Rather than create their own advert, Iceland used the animated short that Greenpeace had already created, saving themselves a considerable sum on production costs. Whatever the reason for this, working with a partner on your marketing campaigns can obviously help to spread the cost and potentially gives you access to a bigger audience too. Re-using existing content or re-purposing a partner’s content is a great way to do more for less.

Given the economic and political circumstances in the Western world, there is a resurgence of the feeling, perhaps last popular in the 70’s, of ‘us against the system’, and this, along with the Brits love of an underdog, means that being a maverick, or slightly odd, or standing out from the crowd are all currently popular memes in advertising and social media. With so many companies’ products and services being bland and generic, creating a point of difference is a very valid marketing strategy. Remember Apple’s Think Different campaign?

(Which incidentally went on to inspire another guerrilla campaign)

Let’s be generous and say that Iceland expected their advert to be aired with no problems. If that’s the case, then they would have had to think fast when it hit trouble. Given that the channel they wanted to use was denied to them, they utilised social media instead and took advantage of the political and emotive nature of the advert. They issued a press release saying their ad was “banned” by “advertising regulators” which the press and media enthusiastically repeated – along with the advert. If they were unprepared, they certainly took full advantage of the situation to turn a potential problem into a very successful viral campaign.

So always be prepared to be agile in your thinking and execution – very rarely does everything go exactly as planned. A good marketer can rethink things and save the situation – a great marketer can turn a disaster into an opportunity.

Perhaps the best lesson to take from this is that you can learn a lot from other people’s mistakes and successes. All marketers should be aware of what’s going on in marketing, study best practice and know about the latest marketing stories.

Whatever your marketing discipline, whether B2C or B2B, you can learn useful lessons by studying both successful and disastrous campaigns from any field of marketing.