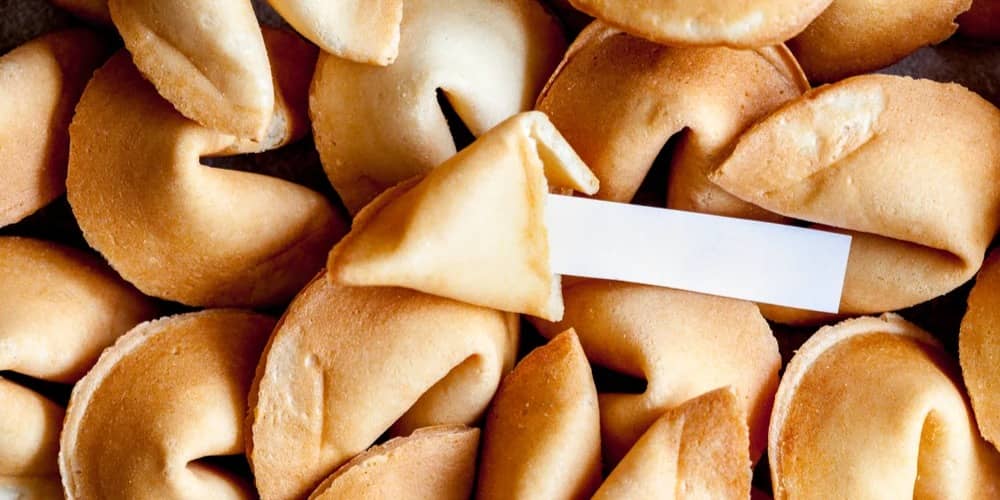 In the late sixties John Brunner predicted a ‘President Obomi’ would be elected in the United States in 2010. With Obama taking office in 2009 he was only two letters and one year out...

And The Simpsons have correctly predicted the future on several occasions, including the election of Trump as President and Disney’s purchase of Fox, which was just this month announced, almost twenty years after Matt Groening and his team first planted the notion.

The end of the year is always a time to reflect on the past 12 months and look ahead to the next. So it’s no surprise that we often see industry leaders share their predictions for the year ahead.

Joe Pulizzi at the Content Marketing Institute has shared his predictions for content marketing every year since 2007. Along with an eBook of predictions sourced from a whole host of industry experts.

Voice-controlled devices are today’s hottest technology. Amazon’s Alexa already has over 15,000 skills and we’re already seeing some early adoptersof content marketing on connected devices. According to NewsCred Insights“as a content marketer, you should be keeping your ears (and eyes) open to these new audio channels to ensure that your brand voice is heard.”

The results of Orbit Media Studio’s 2017 survey were recently published and seem to support the notion of “less content, but better quality”. Today the average blog post takes 3 hours and 20 minutes to write. That’s 39% more time than we were spending back in 2014. And findings show publishing frequency for individual bloggers is down. Today most post ‘several per month’ vs ‘2-6 times a week’ two years ago.

In 60+ Predictions on Content Marketing in 2018, some of our favorite content marketing colleagues and compatriots share their thoughts on what it takes to build an audience; how advanced technologies and newer techniques – like AI, voice-enabled search, and virtual reality – will impact the content landscape; how troubling trends like “fake news” and data breaches will add complexity to the marketing equation; and more.

As for my own predictions for the upcoming year, they are rather simple – though somewhat aspirational:

Apple will buy Disney. Although I think this transaction is a few years away, I want to go on the record now. As Apple continues to invest in original content, it will discover an out-and-out acquisition makes far more sense. It will see the light and purchase what is perhaps the greatest media company on the planet.