What a Social Media Agency Shouldn't Do: Mark Jennings Interviewed 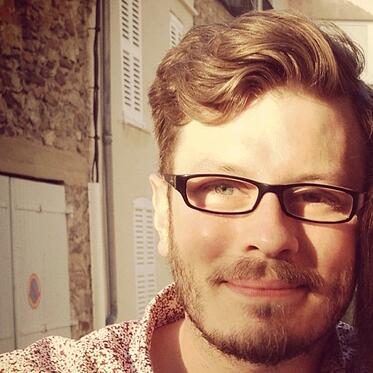 In part two of his interview (see part one), Mark Jennings tells us to watch out for clueless agencies masquerading as social media specialists, that campaigns work best in social media when you involve your community before and afterwards, and how the best agencies help their clients learn to do things for themselves.

Mark, do you have a view on traditional marketing or advertising agencies calling themselves social business agencies?

I think that as an agency one of the key things you’re looking for is to standout. Everybody is creative, everybody is perhaps integrated, everybody has great people, everybody is all of these great things. Agencies that spend a lot of time thinking about positioning for clients are often terrible at positioning themselves.

It doesn’t surprise me people want to call themselves “social business” or “social consulting.” I don’t like the word social media any more than anybody else, but from a cold hearted business perspective, social media is a line on a balance sheet as far as I’m concerned. If somebody wants to call it that or call it social business or social consulting, or whatever else, I don’t mind as long as we’re having a realistic and frank conversation about things that can actually be achieved. The nomenclature for it doesn’t bother me.

The issue I do have, and perhaps what you’re alluding to, is agencies that don’t deserve to call themselves social business or social media experts at all using that as a tag line. But with social media, like I said at the start, you can look behind the scenes more and more at these agencies and root out the ones who are frankly making it up as they go along.

We don’t know what the right mix of social media and business understanding / consulting is at the moment. People are trying to find the right way of doing it. But to me, actually, it’s not social business; it’s just business in the same way as it was in web business 20 years ago.

It’s okay to look at it under a microscope and say, where does social media touch our business? How does it help us? How should we feel and what’s our opinion? But you set that up and it just becomes standard. In an organisation’s company handbook there should be a section about how you blog for the company, for example, whereas that probably wasn’t there in the past.

Let’s say I’m an agency and I’ve just won this bit of business, what do I need to do internally? I think it will be interesting for outsiders to understand what goes on inside of an agency when they have to start planning a new project. Who’s involved, and what skill sets are required?

Well, it depends on the specifics, of course, but typically the brief would come in and it would be confirmed and reviewed by an account manager or an account director.

That person would gather a team together to pull the brief apart and say what is it we’re trying to achieve? Who has the right skills? What’s going to be required? Is it a creative piece, for example? Do we need to come up with a clever use of Twitter advertising? Or is it more about a technical bit of functionality, where we’re going to have to think about how to mash up a series of social technologies. Or is it actually an advertising brief and we need to bring in a videographer to film some clever bit of creative that we want to cede out to bloggers, or is it bigger? You have to ask a lot of these questions.

But typically the team is constructed around the end objective. Any challenges are put back to the client, typically in the form of “half of what you’ve asked for is possible and you have the budget for a quarter of it.” But if you have a good trusting relationship with a client then you can have that kind of frankness. Then you get to the final brief and that is actually what are you going to do.

From that, a good agency should be able to plan out a strategic line to deliver what needs to be achieved, but also devise a clear tactical approach. That will map out your use of social channels; your use of traditional media (where it’s appropriate); any advertising associated with the project.

And you need to look at whether your channels are effective. Because, there’s no point saying we’re going to run a campaign using social channels to get, for example, more people trialling a product if your social channels are really, really boring. There has to be that review process. Then frankly you just get on and do the work.

I’ve always understood social media to be an on-going thing; you’re creating a discourse, a community engagement. How does it work if you have a campaign structure with a beginning and an end? There’s the problematic example highlighted by Jeremy Waite in a previous show where BT gathered a large engaged community around one of their campaigns and then dropped it once the campaign was over. Nobody carried on interacting with all those people who were already involved.

I didn’t think in 2013 I’d still be seeing that happen, but it happens all the time. From an external point of view people think, “what’s happened to this community?” But frankly the money ran out. It was a three month campaign, for example. It had a start a middle and an end. At the end of that, like debris falling from space, stuff lands and then there’s no more. But of course that’s the wrong way to go about it, and people are learning lessons pretty quickly. It pays, frankly, to keep thinking about life after campaigns.

However campaigns do have an important place. You just have to make sure all the campaigns you do are cyclical and that they use the community that you already have. Build that community up so your next campaign is approaching more and more people. Because, frankly, if you can build really interesting communities, communities of purpose, on whatever social network you find relevant, then the next time you go out with a campaign you’ve got a much bigger audience, and it’s much cheaper to be able to reach that audience.

But you have to respect community members, they’re not idiots. They know if the tap has been turned off. Speak to them. Go in advance and say, “We’re going to be running this for three months. This is how we want you to be part of it”. At the end of that three month period thank everybody for being involved; don’t just drop off the radar.

The reason that happens, I think, is because it costs a lot of money to keep a social community going: planning, community managers, how to handle negative comments, etc. There’s a lot of stuff to consider, so I can understand why organisations might walk away.

But I’m afraid you just can’t walk away. Don’t create anything that you are going to leave behind because it’s like coming into the reception area of a prestigious company and finding litter strewn around that place. That’s my view.

Mark, if an agency is quite unscrupulous could they tie a company into them almost for life by constructing a situation where they do everything leaving the company  with little choice but to carry on with them? Or should the more ethical ones be saying, “Actually, what we’re going to do is teach you how to do this yourself so at the end of this we can walk away from it and you can carry on”?

My feeling is that the only time you ever really need an agency on-going is either if you’re a really sizeable business or, frankly, you’ve just taken your foot off the gas and you haven’t been watching where, as an organisation, you could do more.

Having a company run your social communities entirely externally to your business is something to leave behind in 2010. Now is the time for organisations to be doing a lot more in-house than ever before. Sure there will be agencies who will want to pick up every bit of work going from a particular company, but I’d push back and challenge that.

I do think ethics is an interesting one. I think, sadly, ethics don’t exist a lot in agencies and the reason simply is that they make money by billing, usually per hour per day. The more hours and days they can do the better for them.

But good agencies make themselves redundant over time with regard to some services while building new services into the mix, so you always have something of value to bring to your client’s business.

When we get to the end of a campaign how do you know which bits have worked? How do you measure the ROI on different activities?

Well I think there are two things with that. One is that you know because you’ve set up measures in advance. That takes some skill and that skill is worth paying for. Having someone who’s an expert in understanding social metrics is very, very important. But it’s not just about social metrics themselves. Social metrics merely give a hint as to how a campaign has performed in the short term.

What I mean by that is we need to measure more. I don’t want to hear that we’ve got 100,000 more Facebook likes if I’ve sold no product. The big test, the big measure, is if you’re trying to sell some product, have you sold it at the end? Understanding how much of that is down to social media can either be very easy or very difficult.

Guess what, if the product is promoted exclusively through Facebook, you can track that link. I put one Facebook post out, 10 people buy, that’s been very valuable. Of course, in the real world of multiple channels, I don’t know if you saw about it on a bus poster or you heard about it from a mate on a fishing trip, I don’t really know. But I can make some assessments and, let’s face it, we’ve been making assumptions for years.

When I buy PR, I don’t know how many people have actually read it. Do seven people read a national newspaper or is it just one? We make these assumptions and we accept them. In social media there are certain assumptions I think that you can make. But frankly, we could talk for an hour and still not get to the core of it.

If there’s ever a bit of specialist knowledge I think you should buy in, it’s get some time with someone who really understands social media measures. Get them to help you translate your business objectives into social media measures so that you can see if having a community of 10,000 people on Facebook is worthwhile. Or maybe actually having a community of 100 super fans is much more valuable for what you’re trying to do. That goes the same for any social network.

This is part two of the transcript of episode 27 of The Social Media Show, featuring Mark Jennings, a marketing consultant, TechBiker, and all around great (mustachioed) guy. If you missed it, part one is here.